The stories that active fund management tell appeal to us, but the evidence is overwhelming that it doesn’t work for most people 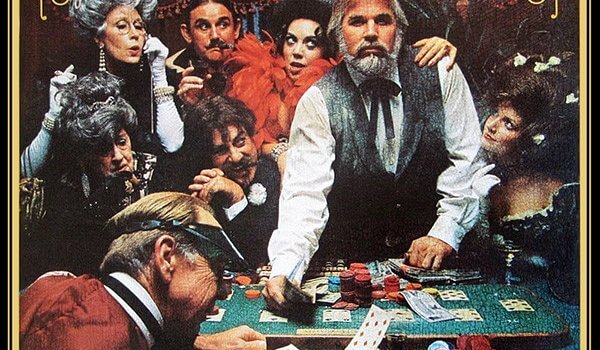 I have been having a discussion with a client about active fund management. He says that active management genuinely makes more sense to him. You have all heard and read me banging on about this before, but “to write the same things to you, to me is not irksome, and for you safe”§.

Let’s start by acknowledging that there are compelling reasons why someone might find the idea of active management persuasive. It is a convincing narrative. Traditional financial theory, while sound in many respects, is guilty of assuming that investing is always a rational, unbiased process. We need to recognise that investment involves the emotions of excitement, anxiety and denial. There are similarities with gambling, in that the investor or gambler is under the illusion that they are in control. There is a body of academic research that is just beginning to explain why people find active fund management attractive – even though the reasons for doing so are fallacious.

Spoiler alert: active management genuinely does not make more sense to me. Here’s a (non-exhaustive) list of reasons why.

As this is a long article, here are the headlines.

Let’s get into the details.

Active management may not be what you think it is

The way most people talk to me about active management, they think that an active fund manager will be able to avoid market corrections by selling before it all goes pear-shaped, and by buying before it recovers.

That is not quite how it works. A fund manager is required to stick to the mandate on the fund prospectus; for example, a UK All Companies fund manager has to “invest at least 80% of their assets in UK equities”†. This means that the majority of the fund has to be invested at all times, so the notion that an equity fund manager won’t be in the market when it is falling is nonsense.

A managed fund, or “mixed investment” as the Investment Association describes them, does have a bit more freedom to change their asset allocation, but even that is within limits.

Some financial advisers claim to move their clients’ investments around to adjust to changing market conditions, but that is tactical asset allocation, and is a different thing from active fund management.

Have you ever tried to catch a falling knife?

That’s what trying to call the top or the bottom of the market is like. You are likely to do yourself damage, and there really is no need (as we shall see).

I know of a financial advisory firm who advised their clients to move half their money into cash before the Brexit referendum in June 2016. Not content with that, they did the same thing before the US election in Autumn of the same year. On both occasions the value of most investments, instead of going down (as might reasonably have been expected) went up!

Now, you wouldn’t be able to see it from looking at the investment funds the clients owned, because the prices of the funds still went up; but looking at the totality of what the clients had in their pockets before and after, which is what really matters, they would have lost out compared with just leaving their investments in their chosen investment portfolio, because the cash that wasn’t invested was well and truly left behind.

In the last 5 years, the value of companies around the world as measured by Morgan Stanley Capital International went up by 95.74%. In the same period, UK Consumer Price Inflation measured the increase in cost of living in this country by 8.01%.

Put another way, if you had put spread your money across all the investable companies in the world (which you can do relatively easily using an index fund) and then metaphorically looked out the window for thirty years, your money, even allowing for inflation would have multiplied itself by eight. In hard numbers, £1,000 would have become over £8,000, in today’s money.

That ought to be enough to get by for most people! And you didn’t have to do anything for it except contribute your hard-earned capital to the world economy.

Of course, nobody actually gets that return, for various reasons. One of which is, there are fees involved, which brings me to my next point.

A certain level of fees is unavoidable. We charge fees for our financial planning advice, whether that be initial or ongoing; the investments have to be hosted somewhere and there is a cost for that, including all the administration with HMRC for tax reclaims and the like.

And then we get into fund management charges, which are a lot more transparent than they used to be, but for active funds are still significantly higher than for funds that simply attempt to replicate an index.

For example, a typical actively-managed UK All Companies fund will have a total ongoing cost of 1% or more. Compare that with the Vanguard UK All Share Index fund at 0.08% – that is a huge difference.≠

There is a reason. A fund that replicates an index can use a lot more technology to run their fund. An active fund manager needs to research not just the companies they end up buying, but also a lot of companies that they don’t buy. Although nowadays a lot of that research can be done using technology and without leaving the office, it still needs a certain number of boots on the ground.

It’s not a cheap process, and who do you think ends up paying for it?

And not just because of the annual management fees

There are also costs that are not so easily seen. Active fund managers, by their very nature, buy and sell securities more often than passive managers – they make calls and judgements, and act on them, and those calls lead to transactions, which in turn generate additional costs that end up being borne by investors.

Even if you own institutional class funds where there are no explicit charges, there are still some costs. There is a difference between the buy price and the sale price of the underlying shares, and if you are dealing in UK shares, there is Stamp Duty.

And if your money is held by a discretionary fund manager or stockbroker, there will be chunky transaction fees levied every time a share or fund is bought or sold.

Investments are like a bar of soap: the more you handle them, the less you will have.

They can’t all be right

Let’s get into the arithmetic.

A market is the aggregate of all the deals in all the shares in that particular market. This means that for every fund manager that has a good idea, someone else is on the other side of the trade; there will be – there has to be – fund managers that beat the index and others that lag behind.

That is a mathematical certainty.

Another certainty is that fees matter in this calculation. The index doesn’t include fees, but every manager has some fees (even the passive ones) and so net of fees it is a mathematical certainty that even more managers will fail to beat the index.

That’s the theory: but what might surprise you is how few funds manage to beat their benchmark. There are loads of studies on this, over many time periods and in many markets. Here’s a couple at random:

Google is your friend. See how many studies (academic ones, not sponsored by fund managers) there are that showed that active funds beat passives. Such studies exist, but they are far outweighed by those similar to the ones listed.

So what makes you think you’ll pick the right one?

Some people might think, “Ok, but there are some managers that do beat the market, so I’ll pick one of those”.

How are you doing to do that? The odds (as per the studies above) are not in your favour.

The inconvenient truth is that star ratings and the like, are not a reliable predictor of future fund performance. I conducted my own very unacademic study a number of years ago to see if independent ratings were reflected in future performance, and there was very little correlation between the two.

But don’t take my word for it: here’s yet another academic study. The most reliable predictor of future fund performance is its cost (hint: the lower the cost, the more likely it is to do well).

And they may not be around

At the bottom of this blog, and most others that I put out, you will find the phrase, Past performance is not necessarily a guide to the future. There is a reason for that being there, it’s not just me covering my backside – it happens to be the truth.

Just because a fund manager has done well in the recent past, doesn’t mean he will in the future. There have been many studies over the years that evidence this disappointing reality: this article references a few of them.

Out of 467 UK equity funds available for purchase at the start of 2009, just about 50% were still around ten years later¥.

It may also be true for managers that have done well for a long time. Witness the recent fall from grace of Neil Woodford, for so long considered to have delivered outperformance through his skill in picking good investments.

Speculating using actively managed funds may result in a better outcome some of the time, but not always, and you can’t be sure of it. Taking an evidence-based and well-diversified strategic approach will deliver a more consistent, repeatable investment experience.

I will close with this: some of the largest and most successful investors in the world, in fact throughout recorded history, strongly advocate buying an index (or a basket of them) and owning them for a very long time.

Please do come back with comments and queries, and if you have any specific financial planning needs, please do get in touch with me or one of the excellent Navigator team – we will be delighted to try and help.

Please note that past performance is not a guide to the future, the value of an investment and the income from it could go down as well as up. You may not get back what you invest.